This story appears in the July 2017 issue of Entrepreneur. Subscribe »

It’s 9 a.m. on a cool spring day on the Upper East Side of Manhattan, where the staff of the 71st Street location of Just Salad is about to be put through the wringer. Nick Kenner, the restaurant chain’s 36-year-old founder, is joining the team for the day. They’re standing in a circle, summer-camp style, running through introductions and icebreakers. “My passion has always been about operation, speed and throughput,” Kenner says when it’s his turn.

Related: Rethink Your Approach to the Competition

After the intros, the group exercise starts. Employees take up their stations along the Chipotle-style salad line — cashier, lettuce packer, chopper, etc. — and a mock rush begins, with Just Salad’s head of HR pretending to be a first-time customer. As she follows her Caesar salad down the line, Kenner paces. He times the order while furiously typing notes on his phone, the lip of his coffee cup clenched between his teeth. “That was good,” he says afterward. The final time was a so-so 2:38. (The record is now 1:38.)

It’s what Kenner calls a “teamletics event,” and each U.S. store has one per quarter. Today’s was all about speed of service, and the team was well-prepped. But next quarter’s training will require more instruction. “It’ll be about our new menu items,” Kenner tells me, explaining that those new items are actually not just salads. And the move is about way more than expanding options — it’s part of Kenner’s plan to ensure his company lasts, amid rising rents and heated competition.

When he first launched Just Salad in 2006 — the brainchild of years spent working on a trading floor with no tasty and healthy lunch options nearby — it was with a laser-like focus on selling quality salads quickly, cheaply, and to as many people as possible. “I felt like we didn’t need to do anything else to have a successful business,” he says. At first, he was right. Despite his neglecting design, branding and digital strategy, the core product alone was enough to create long lines of young, attractive customers and earn glowing local press. (“Cute guys plus carb-free dressing?” fawned a regular in New York magazine. “I’m so in.”) Five years on, there were six locations in New York City. 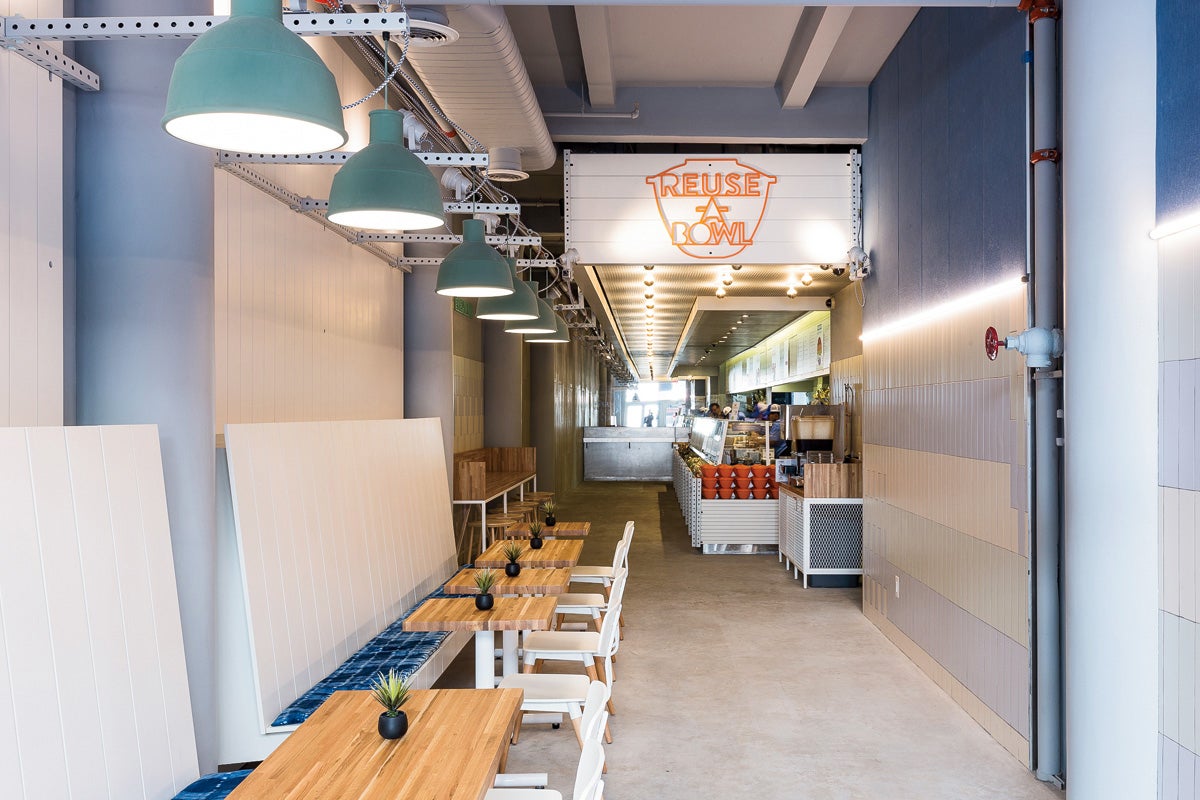 But as Kenner obsessed over operations, he missed important shifts in the still-developing healthy fast-casual industry — primarily that a burst of competing brands were providing a more upscale experience for a more clearly defined customer base. Founded in 2001, Chopt’s emphasis on “creative” salads made it a popular choice for the professional lunchtime crowd; fellow newcomers Sweetgreen, founded in 2007, and Fresh&co, founded in 2010, tied themselves to the fresh-and-local movement. Kenner thought Just Salad stood out as cost-effective and streamlined; in reality, in its attempt to reach the broadest customer base possible, it felt cheap and generic. In 2015, Kenner realized he needed to make substantial changes or risk being left behind.

Related:  Stories That Will Make You Rethink Your Leadership Style

Still, he worried that stronger branding would overshadow what he saw as the soul of the company. It wasn’t salads, per se. It was fast, affordable health. “There are a ton of places that do salads,” Kenner says, but their offerings creep toward $15 and $20 a meal. “To be an everyday solution to health, you have to do this at $10 and under,” he says. “We do that better than anyone. But the industry is at a place where you can’t just excel at one or two things. You have to be good at everything.”

So Kenner eased himself into a complete makeover by first focusing on his store interiors, which for years had been green and carrot-orange — salad colors. He teamed up with a design firm to create a fresh concept: an airy, coastal atmosphere with lots of white, blue, and light-colored wood, and a tiny succulent at each table. “I always respected Trader Joe’s and Ikea for their no-frills environment, where they put the money into speed, efficiency, and quality,” Kenner says. “But people care about the decor and the experience.”

Feeling good about the store update, Kenner felt empowered to tackle his biggest challenge: expanding Just Salad’s menu. It’s a tough task for any restaurant, made tougher when your company name boasts lack of choice as a selling point. Kenner and his team worked with a culinary agency for more than a year to develop menu items that would hit Just Salad’s central promise: fast, affordable, healthy.

“Had we come out and been like, ‘We’re going to do a healthy version of pizza or burgers,’ it wouldn’t have made sense,” Kenner says. Instead, they settled on a selection of bowls, toasts, wraps and plates, a larger variety of which will continue rolling out over the next few months, including a summertime avocado toast topped with an egg that Kenner is particularly jazzed about. And while items like avocado toast are having a culinary moment, the new menu is more brand-appropriate than trend-driven. After all, not everything healthy lends itself to being made on an assembly line. “I had one day where I was like, ‘It would be cool to do one really good poke bowl,’” Kenner says of the de rigueur raw fish dish being offered at restaurants across NYC. “And then we brought raw fish into a store, and I imagined this raw fish being at 30 different Just Salad locations, and I said, ‘No fucking way.’” 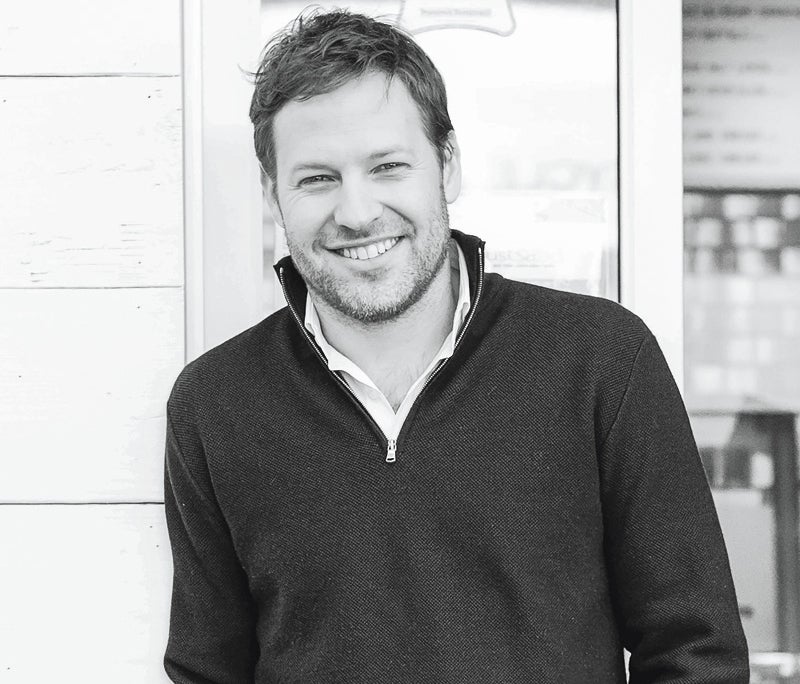 As the menu evolved, Kenner considered changing the Just Salad name, but he ultimately decided against it, opting instead to add “wraps, bowls + more” to the storefront logo. “We looked at places like Dunkin’ Donuts,” he says, pointing to the cup of coffee in my hand. “It’s named for doughnuts! If we could execute the items we’re doing at a high level, they would integrate.” The first few new items launched in March, and already sales look promising. “Customers have taken to it very, very quickly.”

Refining and defining Just Salad’s voice is the last step in Kenner’s three-pronged revamp. A branding agency was hired to help on the digital front, and a new website is already doing a better job promoting the company’s mission and strengths, including its reusable bowls, which cost $1 and include free toppings with every visit. “We just launched the site in April,” Kenner says proudly. “A new online ordering site launches in June. Our new app launches in August. The focus is to make it all cohesive.”

In hindsight, Kenner knows he should have focused on branding from the start. “I would have raised more money early on to bring in more consultants on store design and architecture, and consultants to help me get ahead of the curve on digital,” he says. But as the redesign takes root, it’s created a clear vision for the team. Just Salad currently has 31 locations worldwide, with stores in Chicago, Kansas, Dubai and Hong Kong, and is expanding aggressively. “We want to bring healthy eating to as many people as possible,” Kenner says.

Despite his early hesitations, he is confident Just Salad will make the needed changes without diluting its mission. “The soul of who we are has always been the same,” Kenner says. “We just want to tell that story better. Now that’s what we’re doing.”

LIST OF AGGREGATORS AND STATE FOCAL PERSONS FOR THE FREE 250,000 FG/CAC BUSINESS NAMES REGISTRATION FOR MSMEs